Green, smooth hills, red wineyards, tall cypress trees, sleeping villages and mystic castles ARE WAITING FOR YOU... there is no other ROMANTIC place for running and chilling in a landscape as sweet as the CHIANTI is.
Partecipating at an unique and unforgettable running event... a jump into a crazy crowd of the Chianti Trail, which is the most wanted in Italy.... and at the same time wlaking or running in between pure nature along wineyards and cypress trees up and down the hills of Tuscany, the most beautiful countryside of the world.
You have the choice of 5 appointments. 6 events offered to everybody's needs and legs... each third weekend of October at Castelnuovo Berardenga, only 15 km from Siena, one of the most beautiful middle-age town in Italy.
There are THREE competitive running events:
Ecomaratona del Chianti the most frequented of Italy
Chianti Trail  21km
Trail del Luca 14km
and TWO more for those you simply want to be part of it:
Arceno Nordik Walking (11km)
Ecopasseggiata(10km)
Don't forget to leave the cronometer at home!
Visit werunitaly 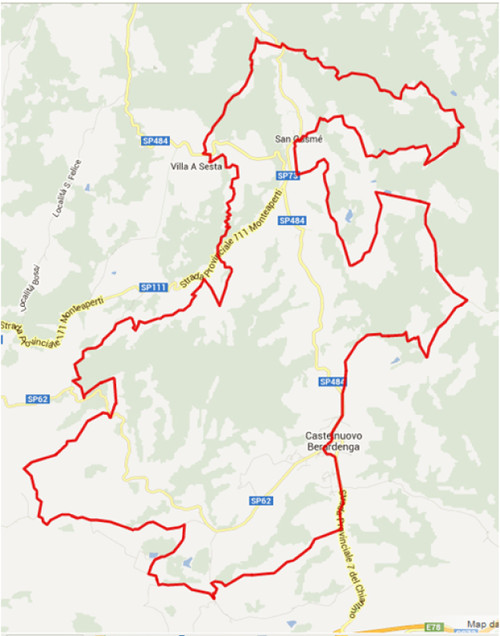 Situated in central-southern Tuscany, the Province of Siena extends over some of the most famous and fascinating Tuscan territories, e.g. the southern hills of Chianti, Val d’Elsa and Val di Merse, Val d'Arbia, Val di Chiana and Val d'Orcia, right up to the slopes of Mount Amiata. The Province’s Capital, Siena, is a magnificent city of art with characteristic alleys, wards (rioni) and towers, artisan shops and buildings that make it a not-to-be-missed touristic destination for Italians and foreigners. Moving through Siena’s lands and immersing yourself in this atmosphere is a magical adventure, a trip through many landscapes, from dense woodlands to old farms, from clay hills to stupendous paths. Located between the Provinces of Florence and Siena, the Chianti Valley has always been considered the heart of old Tuscany, well-renowned around the world for its famous wines. A rich history and wine tradition from the 13th century have made this area an ideal place for those who wish to undertake original trips amid vineyards, hills and characteristic little villages. Within each of these small towns you may run into cellars, castles or simple farmhouses whose names are tied the renowned Gallo Nero brand, symbol of the Chianti of excellence. The valley offers views of great charm: vineyard-covered hills, magnificent forests of chestnuts and oaks, and picturesque Medieval villages rich in artistic testimonies, for instance, Greve in Chianti with its old triangular-shaped piazza lined with town houses, porticoes and loggias.  Another typical town is Radda in Chianti, still finding pride in its original town wall, its ancient village charm, the PodestàPalace and long-standing Castle. Not to mention its two simple yet intriguing Romanesque Parish churches (pieve).Castellina in Chianti is also quite worthy of a visit, for it boasts a rather distinctive central piazza intersected by the Medieval Via delle Volte and Gaiole in Chianti. And nearby are historic castles (in Fonterutoli and in San Leonino). Chianti is home to probably the best-known and most iconic Italian wines in the world. Although a wine of ancient origin, Chianti has been recognized by its geographical area only since the Middle Ages. The zone was officially demarcated by Cosimo Medici III in the early 18th Century, and the wine’s defining character came about under the craftsmanship of Barone Ricasoli in the late 19th century. Back then, it was made using a wide range of local varieties, including white grapes, and eventually became the Chianti DOC in 1967. The Sienese cuisine is based on natural flavors and aromas, making abundant use of garlic and aromatic herbs like wild fennel and tarragon. The area is also home to producers of one of the best extra-virgin olive oils in Italy. Typical delicacies are pici (thick, handmade spaghetti), ribollita (a vegetable and bean soup) served with bruschetta, mixed roasts, stewed or grilled game, cacio pecorino, Val di Merse's minestraccia (a bean and vegetable dish), mushrooms, Val d’Elsa tripe and Monticiano wild boar, and cold cuts made with the Cinta Senese, the famed black pig with a white stripe, depicted in some famous 15th-Century paintings. And then, how can we not mention the Chianina cow that is the biggest bovine in the world for dimensions.